A meeting of the Joint Parliamentary Scrutiny Group on Europol (JPSG) will be held, via videoconference, on Monday 28 February 2022.

The JPSG holds two meetings per year and is presided jointly by the European Parliament and by the Parliament of the State holding the rotating Presidency of the Council of the EU. It has extensive rights of information, arising from the Europol regulation implemented in its Rules of Procedure: the right to call the Chairperson of the Management Board of Europol, the Executive Director of Europol and the European Data Protection Supervisor (EDPS) to appear before it; right of access to certain documents; right of each parliamentarian to put questions to Europol; inclusion of a JPSG member on the Europol Management Board. The JPSG publishes the results of its political scrutiny and adopts conclusions. 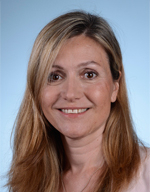 Chair of the National Assembly Legal and Constitutional Affairs Committee

Chair of the Senate Legal and Constitutional Affairs Committee

Chair of the European Parliament Committee on Civil Liberties, Justice and Home Affairs

No photos available for this meeting