Conference on the strategic economic
autonomy of the European Union

Homepage > Conference on the strategic economic autonomy of the European Union

The Covid-19 pandemic has exposed the vulnerability of the European economies in the face of the disorganisation of global production processes. Difficulties procuring essential products, such as ventilator components, masks and curare, as well as fears of shortages of everyday products and food and hygiene products, have highlighted our dependency on global trade flows in many sectors.

It is far from sure that the procurement difficulties would have been as massive and systematic thirty years ago, when industry represented a larger share of European economies. The impression of a loss of know‑how, resulting from imprudent strategic choices, has gradually taken hold in public opinion in Europe.

In addition to these considerations relating to economic policy, geopolitical fears have also emerged, as authoritarian countries like China have been exhibiting their technological independence. Although interdependence is a phenomenon that is essential to globalisation, with many economic benefits, an asymmetrical relationship seems to have been established to the detriment of the productive fabric and jobs in the most open countries. This has been underscored by the lasting repercussions of the pandemic, with shortages still being experienced in certain sectors.

Strategic autonomy in the industries of the future

The public health crisis has provided further proof, if any were needed, that industry is the foundation of our nations’ economies and resilience.

The sectors essential to our future are not only those that will be capable, in the years to come, of developing breakthrough technologies to allow for instance the widespread storage and use of hydrogen for transport, the mass production of batteries for electric cars or the storage of the carbon generated by metallurgical industry processes.

Europe’s industrial strategic autonomy will also involve all the sectors that guarantee the smooth day-to-day running of our societies and economies, even at times when the globalised economy is seeing a cyclical downturn. By this we mean the health industries, of course, which produce essential active ingredients for medicines, but also the manufacturing of electronic components indispensable to the automotive or machinery industries, the importance of which has been so well illustrated by the current chip shortage.

How can this effort to construct Europe’s strategic autonomy be implemented in the industrial sector?

Provide large-scale support for the emergence of new industrial activities by means of cross investment by national governments and Europe? Reinforce resilience in value chains by diversified partnerships? Improve the attractiveness of European production sites through tax policy and adapted regulations? No doubt all of these at the same time. With what tools, what actors, at what level?

These are the questions essential to the implementation of a true European industrial policy.

Among the instruments that will enable the development of European companies and industries, the question of the reinforcement of the legal arsenal to guarantee the conditions of fair competition and protect the productive know-how and infrastructure of foreign holdings or acquisitions, will be at the heart of this round table debate.

Strategic autonomy in the energy field: the example of rare metals.

The energy transition implies the production and consumption of decarbonised electricity and the progressive phasing out of fossil energies. Whereas traditionally the emphasis has been on the security of energy supplies, the energy transition also means focusing on rare metals, which are indispensable components in renewable energies (wind and solar power) and electric batteries. These metals include in particular copper, aluminium, lithium, cobalt, nickel and rare earths.

This use of rare metals poses four economic challenges.

Firstly, it carries with it a risk of inflation, the prices of copper and aluminium having risen sharply over the last few years.

In addition, it creates a risk of dependency on the producer countries, whose economic, social and environmental standards are often lower than European standards. Broadly speaking, half of copper is produced in Chile and Peru, half of aluminium comes from China, and half of cobalt is produced in the Democratic Republic of the Congo (DRC).

Another important point is that this use of rare metals is a source of negative externalities, such as greenhouse gas (GHG) emissions, environmental pollution or nuisance for local populations. For example, the production of aluminium alone generates 1% of all the world’s GHG emissions.

Finally, this use of rare metals must become part of the circular economy, with an emphasis on local production, but also collection and recycling of waste. There remains much to be done in this respect, with only 10% of lithium batteries being recycled, for example.

This dependency was first identified by the European Commission at the beginning of the 2010s, but it has taken a worrying turn since China has taken control of virtually all the resources of rare earths. The reinforcement of mining potential in Europe or the improvement of recycling technologies will play an essential role in the European Union’s strategic autonomy in this area.

Proof of the growing involvement of public authorities, France has, for example, adopted an objective of mining sovereignty as part of its reform of the Mining Code under the “Energy‑Climate” Law of August 2021, which sets the following objectives: “to develop the attractiveness of mining on national soil whilst ensuring demanding environmental and social requirements are met, to repatriate value chains, to secure channels of supply, to guarantee the knowledge, traceability and re-use of subsurface resources and to reduce France’s dependency on imports.”

In this context, several questions will be at the centre of this session: what is the scale of the “hidden face” of the energy transition? To what extent is Europe dependent on the rest of the world for the supply of rare metals? How can this dependency be reduced, whilst improving the exploitation of mining potential or recycling technologies?

The challenges of European food sovereignty

The European Union’s food sovereignty has been of geo-strategic importance for the Member States ever since the introduction of the Common Agricultural Policy by the founding fathers.

Since then, the European Union, thanks to a solid self-sufficiency in food production, has remained the world’s leading agricultural and food exporting power, with a positive trade balance of around twenty billion euros.

The issue of food sovereignty has come to the fore once again through the prism of environmental requirements, which are considered a condition of the sustainability of an agricultural model and not an obstacle to it. By allowing a reduction in the transport of foodstuffs in favour of more local food production popular with consumers and citizens, whilst guaranteeing compliance with the minimum environmental requirements applicable in Europe, which are the strictest in the world, food sovereignty is a response to the need to reduce the environmental footprint of the European consumer’s shopping basket.

However, the continent’s food sovereignty is today confronted with four underlying trends:

The Covid-19 crisis, followed by the sharp rise in agricultural commodity prices, has finally revealed some areas where the continent is fragile: for example, the European Union imports 90% of its vegetable protein needs, which jeopardises its autonomy even in livestock production.

In this context, does the “Farm to fork” strategy intended to be part of the European Green Deal not risk jeopardising the continent’s agricultural sovereignty by prioritising the objective of reducing the environmental footprint? How can the continent’s position as an agricultural exporter be reconciled with the requirement for the sovereignty and resilience of European food production models? How can Europe’s agricultural potential be consolidated to feed Europe and the world in years to come?

We are delighted to welcome the representatives of the counterpart committees of the national parliaments to the French Senate for this conference on the economic strategic autonomy challenges faced by the Member States of the European Union.

The goal of achieving « economic strategic autonomy » has imposed itself as one of the structural themes of the post Covid period in the European Union.

But what will this economic strategic autonomy actually mean?

If it simply means the pendulum swinging back to protectionism or the undifferentiated repatriation of all manufacturing activities, it will soon become evident that it is difficult to implement and the expected economic benefits are questionable. Globalisation has in fact consisted of a growing intertwining of value chains.

What would appear to be required are strategic choices, concentrating our efforts on a few priorities deemed indispensable to the maintaining if not the improvement of our continent’s economic potential.

Where should we start to re-industrialise? What type of activities and companies in the areas of industry, energy and agriculture should we aim to attract as priorities to European production sites?

Through these 3 areas – industry, energy and agriculture – which will be the subject of 3 round table sessions, the conference wishes to provide a concrete illustration of how the European Union can contribute to reinforcing the economic strategic autonomy of its members.

We hope that this exchange of views between parliamentarians from the Member States will provide each delegation with an opportunity to set out its wishes and proposals concerning the conditions and means of action of the European Union in this area. 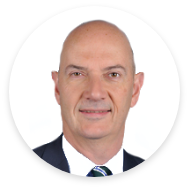 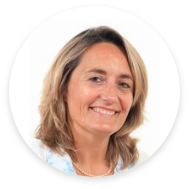 Conclusions of the Presidency on Strategic Autonomy in the Agricultural Sector

Session 1 - Strategic autonomy in the industries of the future

Session 2 - Strategic autonomy in the energy field: the example of rare metals

Conclusions of the Presidency on Strategic Autonomy in the Industrial Sector 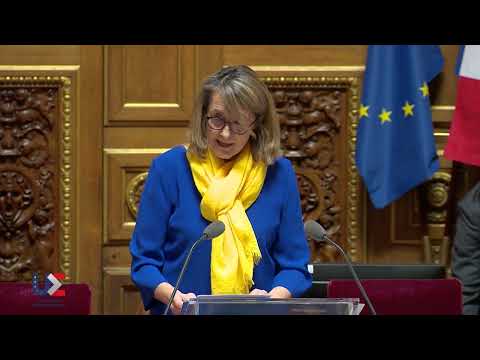 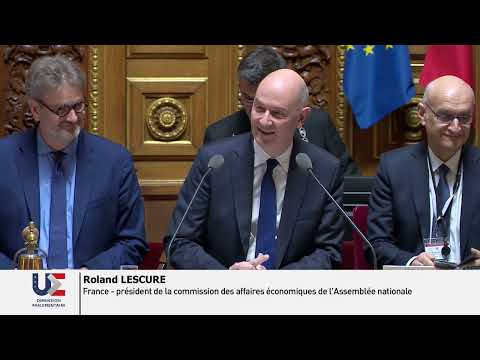 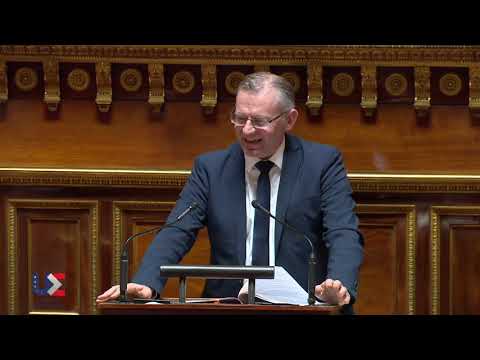