Conference on digital and space

Conference on digital and space

The Chairpersons' conference on Digital an Space initially scheduled for 6 and 7 February 2022 in Toulouse will be held via videoconference on Wednesday 2 March 2022 (to be confirmed).

An opening debate in the morning will give participants an opportunity to discuss the support that Europe and each Member State can offer Europe’s cultural and creative industries. Covid and economic crisis have brought this major sector, accounting for 7.6 million jobs and €643 billion in turnover, to the “brink of asphyxia”, according to a report by consultants EY, published on 26 January this year. Rebuilding these industries for a digital world, especially in view of US dominance, is all the more important in that they constitute one of the decisive elements of European soft power.

A second debate, in the afternoon, will discuss the competitiveness of Europe’s space industry faced with the growing New Space Economy and with defence issues.

The scope of application of the space economy now ranges far beyond the traditional space race between major powers and could ultimately extend to cover the majority of human activities: energy management through monitoring of climate warming, developing new means of transport thanks to vehicle and ship positioning aids, the digitisation of the economy through the use of connected objects, etc.  Such possibilities are attracting new players, mostly from the private sector, forming what is coming to be known as the New Space economy; in the future, the traditional State agencies will be called upon to cooperate more closely with these new entrants.

Economic activity is now dependent upon space, as is the exercise of sovereignty, and this reality generates new vulnerabilities that quickly become defence issues in a world of global competition. Space is becoming a new battleground, sparking an arms race featuring anti-satellite weapons, multiple deployments of military satellites and even suspicions of espionage in space.

The emergence of competitive and high added value sectors in the field of space should prompt Europe to rethink its own industrial policy and its contribution to European defence, including by means of staunch support for its foremost champions, following the example of the US with SpaceX. There may also now be grounds for questioning the rule of geographical return applied by the European Space Agency, whereby the more a Member State contributes to the ESA budget, the more its industry benefits from ESA contracts.

The French Presidency of the Council of the European Union begins in a difficult context with many challenges, in the face of which the Union must consolidate its achievements and persevere in its fight against the pandemic, in the revival of the economy, in the consolidation of its social model and in its assertion as a global driving force in the fight against climate change. At the same time, however, Europe must renew its ways of thinking in order to be at the forefront, in solidarity and autonomy, of the new economy that is emerging.

Naturally, the issues of digital technology and, increasingly, space are at the centre of this economy. The ever-growing field of digital technologies in space (energy management through monitoring global warming, new modes of transport positioning, digitisation of everyday life via connected objects), which is attracting new private stakeholders (New Space) and generating new areas of conflict (arms race and anti-satellite launches, military satellite deployments, espionage) are all economic opportunities and challenges of sovereignty for the Union and the Member States. This is why we felt it was essential to discuss with you the competitiveness of the European space industry in the face of the rise of the new space economy and defence issues, so that you could share with us your vision of the revision of industrial policy and the contribution of European defence.

We also believe that cultural influence, backed by digital tools that are changing practices, is a key condition for making an impact in tomorrow's world. Thus, our second debate will focus on the support that the European Union and the Member States could provide, in synergy, particularly in the digital fields, to the European cultural industries so hard hit by the health and economic crises. 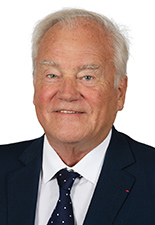 Chair of the Senate Foreign Affairs and Defence Committee 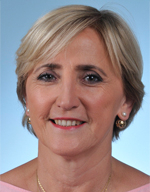 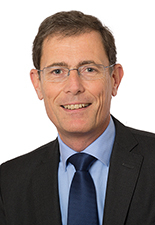 Chair of the Senate Culture and Education Committee 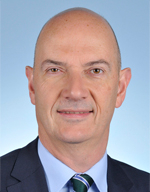 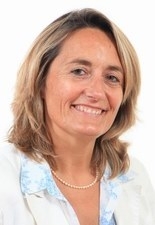 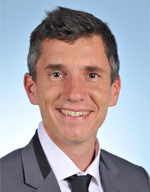 Chair of the National Assembly Culture and Education Committee

No photos available for this meeting